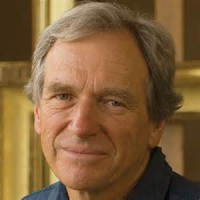 There is an intimacy and honesty about the subjects oil painter Len Chmiel chooses, as if each painting were an expression of himself. He explains that he has a pretty good idea of who he is at this point in his life. “I used to try to control everything but now I allow my intuition to speak more. I try to stretch the truth of what the actual image is. I never wind up with a real representation. I do things that are recognizable, yes, but I have a much different intention.” Chmiel travels and works outdoors a great deal, frequently taking trips dedicated to painting on location. His travels have taken him to England, Scotland, and across Europe, into Mexico, Guatemala and Uruguay, as far away as Nepal and Thailand, and as close to home as his own backyard. He is fond of the Western United States where he often fits in hunting excursions with his painting trips. Chmiel tends to work small on location and bring his work back to the studio where he focuses on larger paintings. “I explore the boundaries of the smaller pieces to see which are suited for the impact of an expanded composition.” Chmiel maintains a truly open minded view of art. He cites painters Gustav Klimt, Andrew Wyeth and Richard Diebenkorn as influential artists who were quite different philosophically but similar in that they all transcended their craft and actually told the viewer something about themselves. Len Chmiel has had numerous sell-out one man shows, is listed in Who’s Who in America and Who’s Who in the West. He has been featured several times in “Southwest Art Magazine”, as well as “Business Week”, “Western Art Digest”, and “American Artist Magazine”. His work is included in two books on oil painting, Contemporary American Oil Painting and Freshen Your Painting with New Ideas. His work has been collected by Museums and major corporations across the United States and can be seen in such prestigious shows as the Prix de West Invitational and the Masters of the American West at the Autry Museum where he was voted the Artist Choice Award in 2002 and again in 2010. Chmiel, makes his home in Hotchkiss, Colorado where he not only paints but also gardens, tends his vineyard and fruit trees, makes wine and hunts.