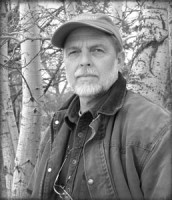 Playing with light, brushstrokes, and texture in the style of an impressionist, Jim Morgan constantly searches for different ways to express the beauty he sees in nature. He seeks to attain only a few relatively simple goals in his art. He wants to enjoy the process of painting, while generating emotional participation from those who view his work. And, he tries to bring an awareness to others of the often-overlooked and intimate aspects of nature.